As First Pathfinder, I find myself engaging in sundries pathfinding activities. Chief among these is Mobile Tractor Unit (MTU) hunting. While often derided as being a scrubby source of kills (Former owners of MTU love to shout “scrublord” in local, if only to prove the missioner is worth his salt), MTU hunting is an excellent way to set players upon The Golden Path. And while the MTU-drone aggro mechanic has been removed, Mobile Tractor Units are still an educational tool beyond anything Eve has supplied in the last few years. The best part is, MTU are everywhere! 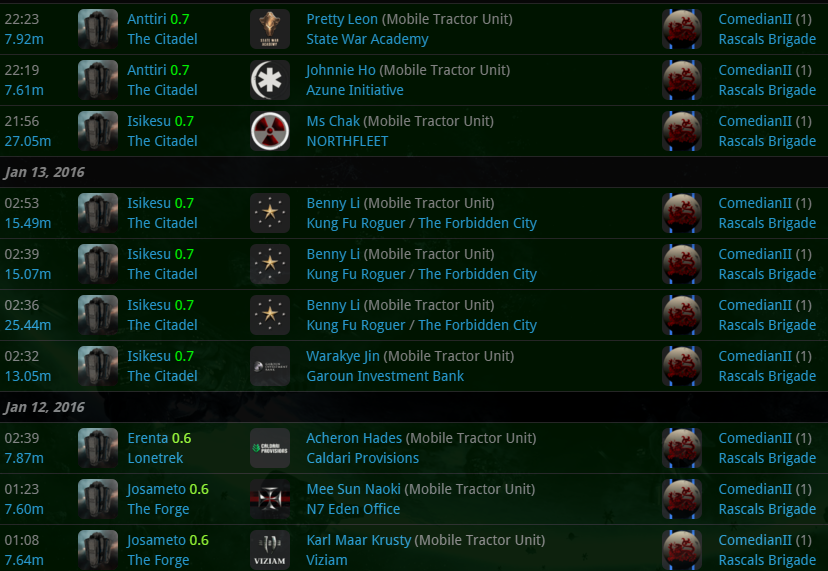 If I may direct your attention to the center group. Observe the ignorance of Benny Li.


First off, MTU hunting allows players to engage you, without them gaining suspect status or initiating a wardec! Imagine the possibilities. A missioner, lazily grinding missions until his eyes bleed from the strain, given a chance to prove his mettle in combat! Just how powerful is my Caldari Navy Raven, he wonders? Sadly, many missioners choose to refrain from engaging when they find their MTUs under attack. Whether they are unclear of in-game mechanics, worry that a gankfleet is on the horizon, or simply panic, most isk-drones are more than willing to simply observe their MTU pass before their eyes. Laziness, I call it.

We’re all very pleased that Eragon1usa Era left a life of mining behind. He now favors antimatter and void.


Secondly, MTU hunting gives the isk-drone a crash course in game mechanics. If he chooses to engage you, he has a surprise duel on his hands! Of course, the balance of power is still in the hands of the missioner, as anyone can join the duel on his side due to the MTU hunter being a suspect. In fact, if the missioner is part of an active and vocal missioning community, he should have no problem calling players to aid him in his one-sided duel. In addition, should he wish to retrieve his MTU, he’ll be given an impromptu lesson in in-game physics, namely, bumping. Remember, Pathfinders, that a marauder cannot change course or move under its own power whilst bastion mode is active. Thus, bumping a marauder away from his MTU while he has bastion on is the height of decorum and represents sophisticated propriety and refinement. Think of it like the gentle but firm hand of a parent keeping a child away from a hot stove. If the parent doesn’t keep an eye on the child, the child would burn himself. Likewise, nudging the marauder out of scoop range builds that fatherly relationship and prevents the missioner from suffering greater injury down the road.

It appears that the “Bad Boy Club of Scorpion King” needed further re-education from Sage Eclipse Eclipse. For some, losing MTU is not enough. Sage was happy to oblige. Sadly, the Bad Players of Scorpion King needed a third lesson.


Thirdly, destroying MTU cleans up the space lanes of dangerous obstacles. How can freighters and haulers reliably and safely deliver goods if MTU are left bobbing about in space? MTU are not only a menace to society in what they represent; laziness, petty isk greed, and so forth, but they are a physical threat to the safety and well-being of others. Be civil-minded — keep the space lanes clear. In return, may you be rewarded for this public service with the goodies of careless missioners! Take Norman Burgundy for example, he landed quite a nice payday hunting MTU when he was still with Big Bad Potato. 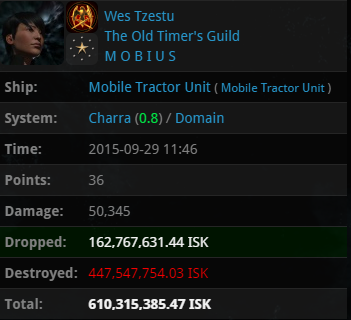 Quite the payday for Mr. Burgundy!


Fourthly, miners can also take part in the educational experience that is MTU disposal. Often, lazy or inept miners will use MTU as a sort of poor-man’s Orca to haul in his jetcans before reshipping to a hauler to collect it all. As mining in almost all capacities is not of the Path, these miners have supplied us Pathfinders with a tool for their own education. Don’t forget to bump first. 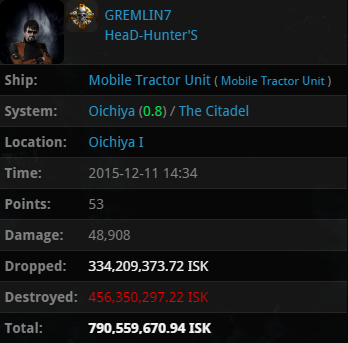 Do not cry for this missioner’s loss. He deserved it by virtue of his corporation’s misuse of the possessive apostrophe in their name. I can’t quite figure out what “Head-Hunter’s” is referring to, certainly not Head-Hunter’s MTU, as it is clearly toast.

Finally, destroying MTU is a very public affair. The missioner or miner will often cry in local, making their own tears public. Best of all, the lucky target of reeducation will receive a lossmail, which will be reported on the public killboards. No longer will he or she be able to claim they do not PVP! Likewise, a Pathfinder’s own killboard will reflect the effort that they put into reeducation, and the time they volunteer to help miners and missioners find The Golden Path.


So for new players out there — Get out, find those MTU, get suspect, and have fun! Remember, it doesn’t take a pro to kill MTU, any newb can do it!

What was Dr. Longbow doing? His best.

Posted by ComedianII at 7:07 PM