We begin today’s player profile on a bit of a tangent. Consider the image below: 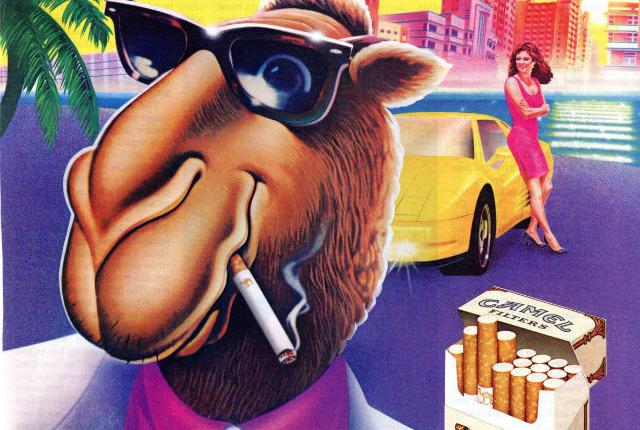 Joe Camel was designed as an advertising character to lure impressionable children and young adults into the trap of nicotine addiction. The tobacco companies understood that if you get a customer while they’re still young, you create a lifelong smoker.

In recent years, CCP has taken a similar strategy by introducing dangerous new tools for miners. Specifically, the Venture (and its TII variants the Endurance and Prospect), allow young players to get trapped by mining early. It is at this very impressionable stage that players need our help, rather than cheap and easy mining frigates that’ll drag them down the Dark Way.

Don’t get me wrong, these frigates have their place. The Venture, with its strong warp core bonus, should be used to ninja mining in dangerous areas, and that goes double for the Prospect and Endurance with their cloaking ability.

But visit a rookie system and Joe Camel rears his ugly head. Ventures abound. Even outside of the rookie systems misguided players have been abusing the mining frigates for mining in highsec, due to their cheap yield bonuses and easy skill load.

Something needs to be done. I personally gank mining frigates, especially inappropriately used Prospects and Endurances, at every opportunity. Our real story begins on one such patrol. Like any good story, it begins with a killmail:

Derlin Fishen was abusing this Endurance by using it to mine ice in highsec. In fact, he was doing it in Halaima, the very birthplace of the New Halaima Code of Conduct that he was then violating. Some people have no respect for history. His Endurance was double warp core stabilized, cloaky, and fitted with triple ECM. As of right now this is probably the most paranoid highsec mining fit that I’ve seen. Only one conclusion can be made; Derlin knew he was in the wrong, and his paranoia at being caught led him to such a fit. Having put the ship out of its misery, I believe Derlin and I can both sleep a little more soundly.

As with any battle, the victor is entitled to the rewards. I logged back in my scanner and cleared out both of our wrecks, recycling my Catalyst bits for the next dunk and confiscating the illegal modules.

However, little did I know that a veritable storm was brewing in Halaima. A Class IV Miner Meltdown was about to take place. (Miner Meltdowns and the scale used to measure them will be covered in a later post).

I know what you’re thinking. Derlin Fishen must have been ready to blow his top! Oddly enough, the meltdown came from Karne Audene of Astral Developments, a dangerous miner corporation that houses a shameless imitator of Code legend Kalorned, named Kalorne. 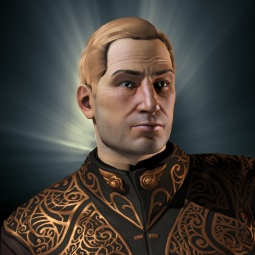 Karne Audene, The Bringer of Tears

Immediately after looting, I received an additional bounty of 35 million ISK, while Rascals Brigade also received a bounty to the tune of 35 million ISK. I suppose this was the white knight’s way of protecting his local area, even though bounties are largely ineffective in Eve. While I happily tossed my loot into station and logged, Karne had an explosive meltdown in a local miner channel. Because my name was mentioned, several weeks later some concerned citizens shared the logs with me. I now present them to you, the people:

Kaune immediately made it known that he had isk to burn, and bounty to spend. He was apparently angry at Phuleproof, a local miner and head of the Infinite Monkey Theorem alliance. Phuleproof is a bit of a rarity among mining CEOs in that he protects his miners from attack and competition in ways that actually make a difference. The really strange bit is that Rascals Brigade is not part of Infinite Monkey Theorem. Karne was simply yelling at the first group of people he could find. Regardless of relationships, Karne began his countdown. Soon all would get bounty...unless he had a good reason not to.

Melin Charon, of Thanatos Heirs, decided to step in and diffuse the situation. Karne wasted no time in swinging his bounty cannon towards Melin, and put 22 million ISK on his head for voicing his concern. Again, strangely enough, Thanatos Heirs is not a part of Infinite Monkey Theorem or related to Rascals Brigade. Karne was putting bounties on people that were four systems away at the time of the gank, and not related to my corp at all. His meltdown was just beginning.

Apparently Karne had noticed Comedian and FunTimesForYou ganking in the local area. He’d had enough. He would liquidate all his assets in order to place bounties. The time was at hand. Worse yet, he had uncovered a shadowy cabal, with Phuleproof at the center. The mystery deepens.

For those of you who think that Pathfinders are trolls and extortionists, and that all gankers are griefers, pay attention to the next line.

There it is, a real life threat against my person. Though did he mean Comedian/FunTimes, or Phuleproof? Not only was Karne absolutely positive that Phuleproof, whose fleet doesn’t mine in Halaima, was behind the local ganks, he was beginning to suspect that the gankers, scouts, as well as the miners were all Phuleproof’s alts. He must be quite a person! Even Melin Charon came under suspicion. All Melin wanted to do was to offer the helpful suggestion that Karne switch from Eve to My Little Pony. Though to be honest, FarmVille might be more Karne’s taste.

Soon we see the real cause for the miner meltdown. It turns that this particular Chili con Karne had been stewing for over a week. It had gone sour.

It appears that an enigmatic Machariel that goes by the name of Mr. Bumps had removed Karne’s Orca from an ice belt a week ago. Karne never forgot it. As for Phuleproof’s dogs, I can sympathize. My dog runs away sometimes, and it’s stressful whenever it happens. I do hope that Phuleproof was able to relocate his canine companions.

As for Karne, the thin membrane between Eve Online and what we perceive as the real world was beginning to break down.

Melin Charon is good enough to suggest that Karne try some other in-game activity, as any good Pathfinder would. Eve can’t be just about mining. That playstyle is greedy, boring, and immoral. Karne’s response is to complain simultaneously that all of EVE (Which stands for Everyone Vs. Everyone) is PVP, and somehow that no one wants to have good fights. I smell a paradox.

Karne seems to think that by suggesting one do anything other than mining, that Melin is missing out on half the fun. Karne’s logic: If mining is one half of the fun, then mining is also the other half of the fun. The root cause of people not having fun (100% mining, in complete safety),is the failure of the public school system.

Karne clings to his imagined world in which a shadowy puppet master is causing ganks and mayhem among the peaceful miners, regardless of the fact that Melin is in the channel due to a recruitment drive. Melin's corp must be in the alliance at fault, Karne reckons. Though Melin’s corp, again, is not in that alliance. And neither are involved with ComedianII.

Confusing the situation further, Richard Pheonix, an actual Infinite Monkey Theorem member, chimes in to try and bring a peaceful resolution to the situation. Karne would have none of it.

Richard tries to figure out what’s going on, and how it possibly relates to his own alliance members. Richard Pheonix, we’re confused too.

Karne suddenly switches from wishing he knew where I lived, so he could give me whatfor, to wishing himself a massive coronary. Perhaps he should give himself bounty? Without warning he wheels on La Vie, another local miner and Orca pilot hanging out in that channel.

Like Karne, I dislike when the industrial capital pilots grief me. They sit there all smug, tractoring cans, giving boosts to people they don’t know….and...hauling ore...I’m amazed they don’t get banned for it. 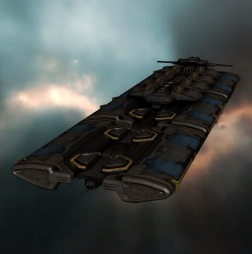 Griefers, the lot of ‘em! And don’t get me started on the freighter pilots!

Aha! Now we see why Karne has such vitriol to throw at La Via. Karne mines for 2.5 hours, and then La Vie logs in and mines for fifteen minutes, which Karne feels is unfair. Someone never learned to share their toys.

The next couple minutes of dialogue are spent hashing it out over, essentially, who mined ice. Karne felt he was being griefed by having to share, et cetera. The only notable line is this:

I have to say I agree. My bounty stands currently at about 121 million isk, whereas Karne’s is at 22 million. If we apply his logic that means…

Finally La Vie asks the question we’ve all been pondering:

Karne makes claims about Melin’s IQ before his big reveal—he was invited to MENSA, an association of people with high IQ levels. Lastly, Karne reiterates that Phuleproof is the root cause of all his problems.

When I got these logs, I was aghast that Karne would threaten my person over internet spaceships. It was clearly a bannable offence. I had a choice to make. On one hand, it is my duty as First Pathfinder to reform wayward players and set them on the Path to righteousness. On the other, I had apparently made a powerful enemy with a genius level intellect and a thirst for blood. Would I choose the path of mercy, or would I petition CCP to swing the mighty Banhammer?

Find out next time in Lagrimos Con Karne Part 2!

Posted by ComedianII at 7:26 AM